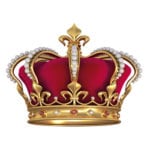 Someone had a question some time ago regarding initial, nuclear and final gua. What are they for and how can we use them in a reading?

Nothing beats examples in my opinion. Well, no, that’s maybe not true: clear explanations also get us a long way too, but literature is not that abundant on those topics and on the whole it’s abstract in nature and linking theory to practice can be a devil’s job when facing a reading.

I remember a reading I did last October. I was stuck on a project involving a business partner, a request we had made to them remained unattended and time passing this was causing complications as we could not move one way or the other. There seemed no way out and I was wondering whether I should just forget about it all, drop the project and move along.

So I cast a gua and received the following:

Hexagram 12 described perfectly well the stagnation that had set on this project due to the lack of response. There seemed to be some possible change that would lead to the desired effect mapped by the resulting hexagram 35. But what could we possibly do to move from hex;. 12 to hex. 35, from Stagnation to Progress?

Yi means change. A moving line would usually input information. The text attached to it could suggest something, an action to be taken or an information given to the reader. As a side note, I’ll add that in this case the text attached to the yao didn’t offer any new perspective given the context I described. So what else have we got?

The reason behind me picking up this case is that it illustrates the application of one simple notion which I personally have tended to bypass in the past.

Given their relative position, the yao may be taken to refer to a character in society:

To round it up, the level of responsibility assumed goes up as we move up the yao. So it may be that, in a reading, a yao hints at who is concerned.

In the above reading, the solution struck me as potentially lying in the 5th yao because it’s the moving line. I needed to find someone in this case that could be considered as the Emperor and decided to turn to him. It was a third party who has no interest in this project but who is related to the potential partners. I sent an email explaining the situation and inquiring whether he could help us bring the case to a solution, whatever it was. Within a couple of hours, the breakthrough happened when nothing had happened for weeks and weeks. We received the answer we had waited for and could take the project to its next step.